What are some of the strangest nicknames for poker hands?

Poker still remains one of the most popular casino games for people to enjoy. If you like to play poker, then you will know how exciting it can be. This is certainly true if you manage to win a few hands! After playing poker for a while,however, you might think that you know all the various hands and the names they have.

What might surprise you to know is that the same hand can be known by a variety of titles – some of these nicknames can be obscure to say the least! In light of this, knowing thesenames can be worthwhile so that you know what is happening in play. This is certainly true for playing poker at the top NJ online casino site Resorts Casino, which has a range of poker variants and cool bonuses. While the easy-to-use interface at Resorts Casino makes getting to grips with the game simple anyway, knowing the terminology still helps.

What are some of the strangest nicknames for common poker hands?

One of the most common poker mistakes to avoid is not being properly informed about the game and what various hands are called. One obscure name you might hear people call the Double Ace hand is ‘American Airlines’. This is because the acronym for the hand, ‘AA’, is the same as the acronym for the airline. You might also hear an Ace-Ace called ‘Batteries’ or ‘Pocket Rockets’. ‘Batteries’ makes reference to the AA symbol found on a battery, while ‘Pocket Rockets’ refers to the fact that Aces look like rockets to some players.

As with Double Aces, this is a pocket pair that has some strange alternative names. Some players, for example, call them ‘Elvis Presley’ because Elvis was the ‘King’ of rock and roll! As the acronym for this hand is ‘KK’, some players also call them ‘King Kongs’. An ironic name you might also hear for a pocket pair of Kings is ‘Ace Magnets’. This is because a pair of Aces is the only hand that can beat a pair of Kings – thus making it one you do want to see your opponents holding.

This hand alsohas a number of strange names. ‘Big Slick’ is one and refers to the fact that this hand can bring big losses or wins fast. You might also hear it called ‘Kalashnikov’ after Mikhail Kalashnikov who created the AK-47 assault rifle. This is down to the AK acronym for the hand. ‘Korean Airlines’ is another obscure nickname you might hear – this again comes down to the ‘KA’acronym being the same.

As the above shows, some of the most common poker hands have some pretty strange nicknames that you might not know about. It really is worth getting a handle on them though because this means that you will be perfectly placed to know what is happening if anyone uses them in a hand. 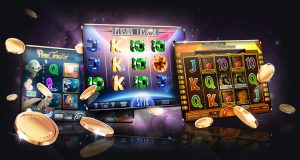